Can the Keto Diet Help You Get Sober? 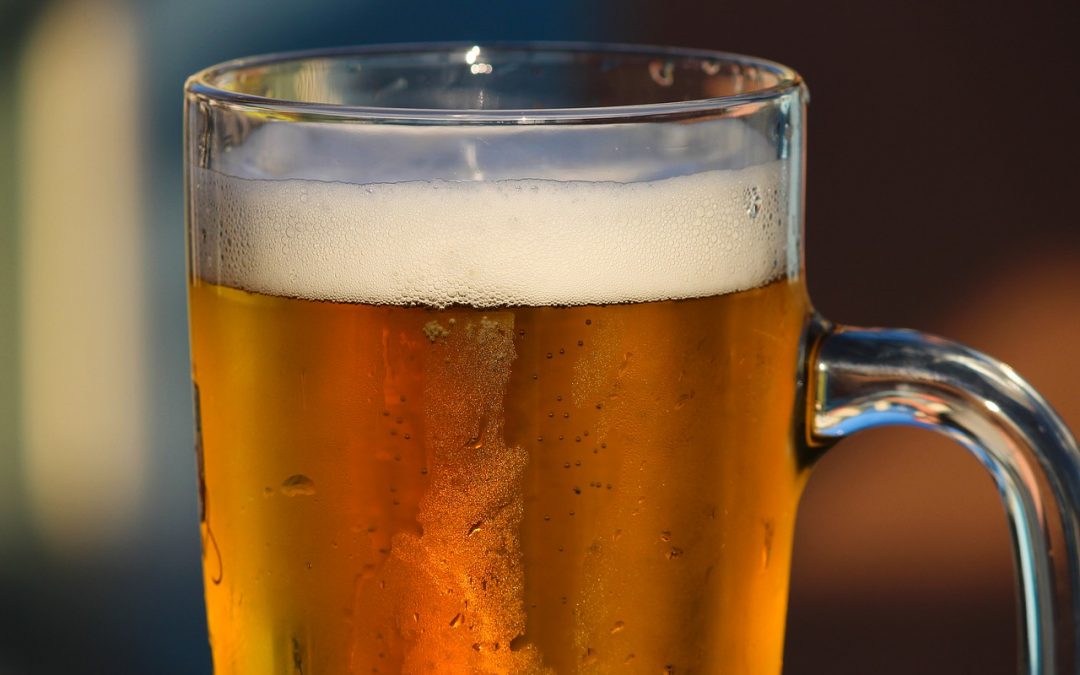 You already know the keto diet can help you burn fat and improve your physique. It can help you enjoy higher and more sustainable energy. And it can even help power your brain, leading to quicker thinking, better memory and improved cognition.

Now science has discovered a new way the keto diet could help us live a longer, healthier life… especially those of us who might drink a few more adult beverages than we should.

The negative health outcomes related to alcohol are well known. In fact, an estimated 95,000 people die from alcohol-related causes annually, making it the third-leading preventable cause of death in the United States.1 And when you consider that misuse of alcohol can lead to liver disease, heart disease, depression, stroke, stomach bleeding and various forms of cancer… the true numbers of alcohol-related deaths are probably MUCH higher.2,3,4,5

Unfortunately, most alcohol treatment programs fail. In fact, The National Institute on Alcohol Abuse and Alcoholism (NIAAA) estimates that 90 percent of alcoholics will relapse at least once during their first four years sober.6

Quitting drinking entirely obviously requires quite a bit of “internal” work on our own psychology and life circumstances. But there is good evidence that exercise and a healthy diet can offer strong support to a motivated “quitter.”

And now, there is compelling research that the keto diet itself offers a unique mechanism that makes it easier for alcoholics (and light social drinkers) to reduce or quit their drinking… for good!

The Brain of an Alcoholic

A sober brain and an alcoholic brain have different fuel biochemistry.

In fact, the brain of an alcohol-dependent person uses less glucose for energy. Instead, it relies more on acetate – a type of ketone – as fuel.

Acetate is produced by the body when alcohol is metabolized. It is also a relative lack of acetate that leads to cravings and withdrawal symptoms, when alcohol is withheld. And in addition to strong alcohol cravings, acetate withdrawal can also bring on nausea, sweating, anxiety, and even death.

Given these facts, researchers at the National Institute on Alcohol Abuse and Alcoholism (NIAAA) postulated that the ketogenic diet (which causes the body to produce ketones, including acetate) might effectively mimic the pattern established during alcohol dependence.

They postulated that that by reducing the withdrawal-triggering “energy deficit” and by providing the brain with ketone bodies to metabolize naturally… perhaps the withdrawal symptoms and cravings for alcohol would be diminished.

In the study, researchers put 33 hospitalized alcohol-dependent people and 36 rats on either ketogenic diets or standard diets.

The keto diets were high in fat, moderate in protein, and very low in carbohydrates. The human participants either followed the keto diet or a standard American diet for three weeks. The rats followed a keto diet or standard rat feed for two months.

At the end of the study, the researchers observed the effects the diets had on withdrawal and cravings in humans, and on actual alcohol consumption on rats.

In the animal subjects, researchers induced alcohol dependence by exposing them to alcohol vapor in the air over seven weeks following the diet trial. They then then measured which group of rats administered more alcohol vapor to themselves with a lever they had been trained to use during “withdrawal” periods. They also measured blood glucose and ketone levels in the rats.

The researchers discovered that people on the keto diet needed significantly fewer benzodiazepines to alleviate symptoms. They also scored lower in tests that assessed their “desire” for alcohol after seeing visual cues than those on the standard American diet.

As expected, the keto diet group also had elevated ketones and lower markers of inflammation in the brain.

In the animal subjects, researchers found that the rats who had been on the keto diet gave themselves less alcohol during the withdrawal period when they were allowed to “self-administer” than the rats on the standard diet.7

“This is not a medication; this is a diet. Through the use of diet, we’re actually able to improve outcomes on a very devastating pathology”

What’s more, the fact that rats who finished the keto diet still craved less alcohol indicates the diet may have lasting benefits on long-term alcohol use. Volkow, continues:

“You see the effect after they have been on that ketogenic diet, so it’s almost like it has a protective effect”

A Fat-Fueled Diet for a Healthy Brain

The keto diet has proven itself to be the “gold standard” for brain health time and again. From its benefits in mild memory loss and Alzheimer’s, to traumatic brain injury and Parkinson’s – it is no surprise that this ancient way of eating can help with alcohol addiction, too.8,9,10

By shifting from a glucose-based fuel to ketones, we provide the brain with the energy it needs to function in a healthy way.

If you or someone you love struggles with alcohol addiction, cutting the carbs could be the first step on the road to lasting recovery. Here are a few craving-crushing, nutrient-dense keto meals to get started: