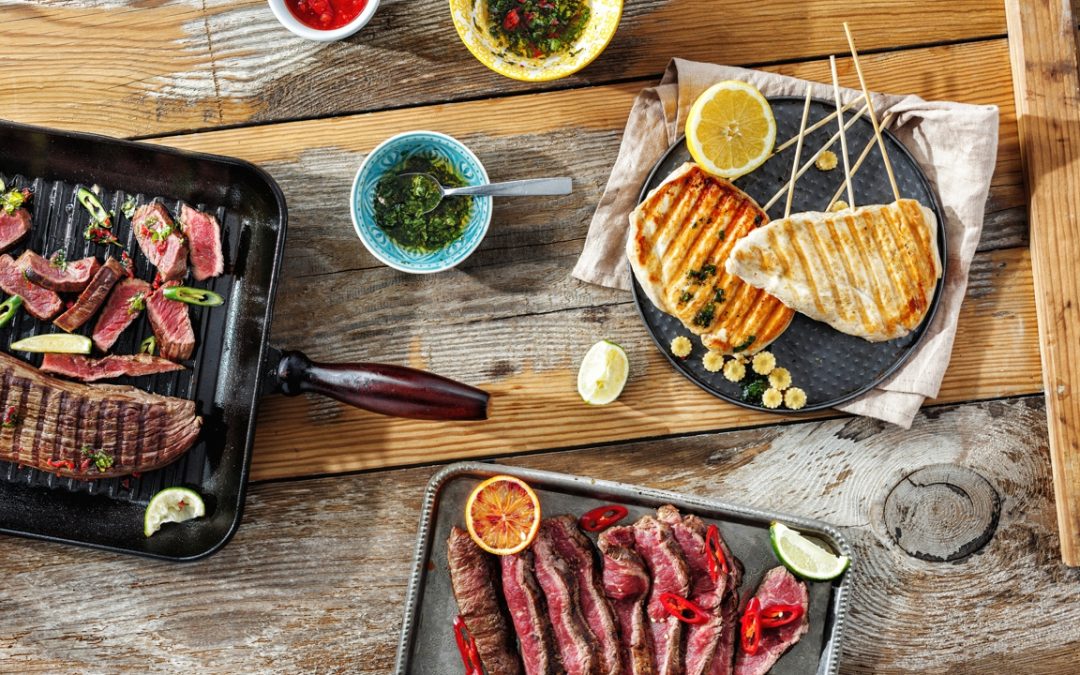 If you ever experience digestive discomfort or suffer from a digestive illness, you are certainly not alone. According to the National Institutes of Health, more than 62 million Americans are diagnosed with a digestive disorder each year. And surveys show that up to 75% of people live with uncomfortable digestive symptoms.

Unfortunately, the most commonly recommended “natural” treatments for digestive illness could make the problem even worse!

You have no doubt heard that if you suffer from digestive distress of almost any kind – from gas and bloating, to constipation, diarrhea and a host of other symptoms – that you should do one or more of the following:

These recommendations sound like good advice. After all, they are natural methods that should avoid the complications and risks of drugs. And they are recommended so commonly their use has become… well, common sense.

It turns out, however, that fiber, prebiotics, probiotics and fermented foods can often make digestive symptoms worse. And this is especially true for those suffering from the condition known as Small Intestinal Bacterial Overgrowth (SIBO).

PLUS: You’ll discover the controversial diet that was found to eradicate SIBO in just one month!

In the last decade, we have learned a great deal about the human microbiome – the unique ecosystem of bacteria and other microbes that live inside your body.

A healthy microbiome is essential to digest food and assimilate nutrients. Your microbiome helps to build your immune system. It even influences your mood, the health of your brain and your metabolism.

On average, we have about 10,000 different microbial species living inside each one of us. The largest concentrations are found within the large intestine and the colon. These parts of the digestive system should be teeming with bacteria. This is a healthy state.

But in some people, bacterial species proliferate in the small intestine.

Small Intestinal Bacterial Overgrowth interferes with normal digestion. It can often lead to the destruction of nutrients, before they can be absorbed by your body. And it can cause a host of seemingly unrelated symptoms, including:

What’s more, if you have been diagnosed with irritable bowel syndrome (IBS), there is a very high likelihood that it is caused by SIBO. In fact, the American Journal of Gastroenterology found that 157 out of 202 patients with IBS (78 percent) tested positive for SIBO. What’s more, getting rid of SIBO eliminated IBS in almost half of the subjects.1

The conventional treatment for SIBO is a course of broad-spectrum antibiotics. And while this approach can be effective in the short term, research shows that there is often a recurrence of symptoms within three to nine months. Some patients also report an increase in gastrointestinal symptoms after treatment, indicating yet another failure of Western medicine.2

The good news is that herbal antibiotics and dietary changes can help to eradicate SIBO and heal your gut. And a therapeutic diet that is getting special attention for SIBO is the Zero-Carb Carnivore Diet…

Zero-Carb Carnivore: The Diet that Nourishes YOU while Starving THEM

Because the bacteria that cause SIBO are carbohydrate-lovers, it is a logical approach to eliminate carbohydrates to correct the issue.

And while the very low-carb keto diet is a step in the right direction, it stops short. That’s because fibrous vegetables – such as asparagus, cauliflower, garlic and mushrooms (technically a fungus) – are all allowed. However, while these foods (and many other plant-foods) are low-glycemic and low in digestible carbohydrates, they are actually rich in fermentable fiber.

And it is for this reason that these so-called “healthy” plant foods can cause or worsen the uncomfortable and embarrassing symptoms of IBS.

By removing carbohydrates – both the rapidly-digestible starches and sugars, as well as the fibrous slow-digesting “complex” carbohydrates – the bacteria in the small intestine are deprived of their food source.

By starving the aberrant bacteria found in the wrong part of the digestive system, the symptoms caused by those bacteria should resolve. And that’s exactly what researchers at the Institute of Medicine & Health in Gothenburg, Sweden found…

Six patients with SIBO were instructed to follow a strict, zero-carb, zero-fiber, carnivore diet for periods ranging from two to six weeks.

No antibiotic drugs or antimicrobial agents were used during the treatment period. The diet was exclusively composed of animal fats and proteins. No dairy was allowed, with the exception of butter. Salt was recommended to compensate for sodium loss. Coffee, tea and water were allowed. And the subjects were told to eat “ad libitum” – as much and whenever they wanted.

At the end of the study, the researchers found that the five patients who followed the carnivore diet for four weeks or more tested negative for SIBO with the lactulose breath test (the gold standard of diagnosing SIBO). The one patient who followed the diet for only two weeks had “near complete eradication” of SIBO.

In addition to eliminating SIBO, the subjects also experienced the following benefits:

The patients did report symptoms of bacterial die off in the first two weeks of the carnivore diet which included low energy, body aches and diarrhea.3

“The zero-carbohydrate, zero-fiber, carnivore diet shows great potential for being a readily available, cost-effective, and equally effective alternative treatment for SIBO. According to our observations it also results in better satisfaction after meals, decreases cravings for sweets and generates weight-loss in patients where it is needed.”

Following a zero-carb carnivore diet couldn’t be easier. Here is a one-day meal plan, comprised exclusively of animal fats and proteins, just like the diet used in the study:

Read more health and wellness articles from Kelley Herring on our Discover Blog.