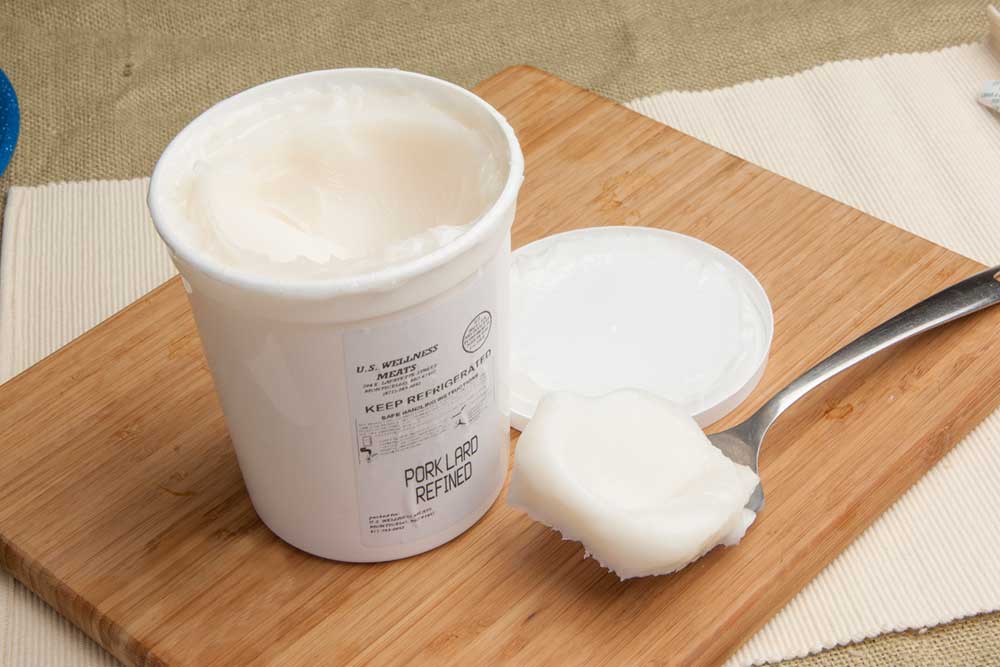 According to a study by AARP,1 93 percent of Americans are concerned with their brain health, but very few understood some of the natural strategies they could use to improve it. Contrary to popular belief, your brain function and cognitive performance do not have to decline with age. There are steps you can take that influence your memory, processing, executive functions and more.

Even if you are already in your “golden years,” simple changes may prompt brain health for the better. For instance, where once it was believed that neurons were only generated early in life, scientists now know that neurogenesis (generation of new neurons) continues into adulthood.2 Exactly what influences the rate of new neuron growth is still being explored, as are other factors that play a role in brain health.

Recent research, for instance, has uncovered damage canola oil consumption triggers in your brain and the effect this may have on your memory and learning ability.3 The study, published in the journal Nature, also found the consumption of canola oil increased weight gain.

The study was led by researcher Dr. Domenico Praticò from Lewis Katz School of Medicine at Temple University in Philadelphia, Pennsylvania. Praticò commented to the Los Angeles Times that canola oil is perceived by many to be healthy — a widespread misconception:4

“Canola oil is appealing because it is less expensive than other vegetable oils, and it is advertised as being healthy. Very few studies, however, have examined that claim, especially in terms of the brain.”

Researchers used an animal model to evaluate the effect canola oil has on the brains of mice genetically engineered to develop Alzheimer’s disease.5 Canola oil developed a reputation of being healthy when doctors began warning people to reduce their saturated fat intake and consume vegetable oils instead. Canola has the lowest percentage of saturated fat of all commonly used vegetable oils and is relatively inexpensive, but is actually one of the worst oils for your health.

Canola oil is often used in homes and restaurants for baking, sautéing, frying and other forms of cooking, with consumers being deceived into believing it’s better for them than saturated fats. The mice were split into two groups; one group was fed the usual chow and the second group was fed chow with the human equivalent of 2 teaspoons of canola oil per day.

At the end of the experimental six months, researchers observed that the mice eating chow laced with canola oil were significantly heavier than the mice that did not eat canola oil. Additionally, the mice who had eaten canola oil demonstrated significant declines in working memory together with a decreased level of post-synaptic density protein-94, a marker of synaptic integrity. The researchers found canola oil had a negative effect on health and concluded:6

“Taken together, our findings do not support a beneficial effect of chronic canola oil consumption on two important aspects of AD [Alzheimer’s disease] pathophysiology which includes memory impairments as well as synaptic integrity.”

The same researchers used a similar model to evaluate the effects of olive oil on the brain function of mice.7 In that study,8,9 neither group was heavier than the other, and the mice fed chow enriched with extra-virgin olive oil performed significantly better on testing that evaluated the animals’ working memory, spatial memory and ability to learn.

The brain tissue of these mice, genetically engineered to develop Alzheimer’s disease as they age like the mice in the featured study, also revealed dramatic differences. The mice fed olive oil demonstrated preserved synaptic integrity and an increase in nerve cell autophagy, ultimately responsible for a reduction in amyloid plaques common in the brain of those with Alzheimer’s disease.10

Healthy fat is an essential component of the structure of your brain, which is composed of nearly 60 percent fat.11 It should come as no surprise that your brain needs quality fat to function optimally. Although your brain is a small part of your complete body weight, it uses 20 percent of your metabolic energy. Essential fatty acids are required but cannot be synthesized in your body, and so must come from dietary sources.

Most people get well over what is needed of omega-6 fats, which are found in most vegetable oils, and not nearly enough omega-3 fats. One omega-3 fat, DHA, has been linked with the growth of your retina and visual cortex during development,12 visual acuity and reduction in depression. Research has found those suffering from attention deficit hyperactivity disorder (ADHD) have lower levels of DHA, and DHA may play a role in neuroprotection.

Unlike the highly damaged fats in vegetable oil, saturated fat is the optimal “clean” fuel for your brain and is one of the main components of brain cells. As such, it’s excellent for brain health, with one study demonstrating that those who ate more saturated fat reduced their risk of developing dementia while those who favored carbohydrates had a significantly increased risk.13

Vilification of Healthy Fats Has Contributed to Rising Rates of Disease

Defaming healthy fats over the past decades has contributed to a rising rate of disease. Although healthy fats are used as fuel and leave you feeling full, many turned to eating carbohydrates when fats were discouraged. Carbs are metabolized and burned quickly, using insulin to usher blood glucose into the cell.

However, carbs trigger insulin resistance over time and increase the potential for crashing blood sugar levels two to three hours after a meal, leaving you hungry once again and increasing your food intake. This one mechanism increases your risk for obesity, which in turn increases your potential risk for insulin resistance, Type 2 diabetes, cardiovascular disease and stroke.

In a time when healthy saturated fats and dietary cholesterol were publicly slandered, Canada developed an alternative oil that met with the approval of the American Heart Association (AHA) — canola oil.14 Now sitting in the first position of recommended oils for healthy cooking on the AHA website, author Praticò had this to say about the results of his canola oil study:15

“Amyloid-beta 1-40 neutralizes the actions of amyloid 1-42, which means that a decrease in 1-40, like the one observed in our study, leaves 1-42 unchecked. In our model, this change in ratio resulted in considerable neuronal damage, decreased neural contacts, and memory impairment.”

In other words, consuming canola oil may increase your risk of developing Alzheimer’s disease, as the oil decreases the production of a protein that protects your brain against neuronal damage and cognitive impairment.

Toxicity of Canola Oil May Result From the Seed, Source or Processing

The canola plant was developed from rapeseed plants by Agriculture and Agri-Food Canada and the University of Manitoba using plant breeding techniques. In fact, the Canola Council of Canada calls the development, “Canada’s greatest agricultural success story.”16Rapeseed oil was originally used as a motor lubricant during World War II.17 Once the war ended, demand plummeted and Canada began an intensive program to make the product edible.

Before it could be ingested the erucic acid and glucosinolates had to be bred out of the plant, as they are dangerous to human health.18By the late 1970s, both chemicals were reduced to lower levels, and the plant was officially accepted as consumable. In the 1980s, research focused on shelf stability of the oil, animal diets and gaining a wider consumer acceptance.

By 2012, nearly all low-erucic acid rapeseed plants were genetically engineered to increase yield. Today, what began as a motor lubricant is now one of Canada’s most profitable crops.

The erucic acid is a long-chain fatty acid that is especially irritating to mucous membranes. Consuming canola oil has been associated with the development of fibrotic lesions on the heart, lung cancer, anemia, central nervous system degenerative disorders and prostate cancer.19

The featured study evaluated the effect of canola oil on brain function without identifying which characteristic of the product triggers the problems. However, as most canola oil is produced from GE seeds, using plants originally unfit for human consumption and taken through a process that injects multiple chemicals and bleaches, it isn’t surprising the study was so conclusive.

Scientists are only beginning to uncover the long-term effects of splicing the genes of one living creature into another or developing a plant immune to the effects of herbicides.

However, some companies are not convinced by independently funded research and have relied on information from organizations such as the American Medical Association (AMA) and World Health Organization (WHO), which claim there is no credible evidence that GE foods are unsafe. However, even WHO admits:20

“Different GM [genetically modified] organisms include different genes inserted in different ways. This means that individual GM foods and their safety should be assessed on a case-by-case basis and that it is not possible to make general statements on the safety of all GM foods.”

In 2015, the European Commission decided it was in the best interest of their citizens to say “no” to genetically modified organisms (GMOs) within their borders, and all 28 countries required labeling of foods containing GMO products.21 This is in stark contrast to the U.S., where most canola grown is GE22 and products created from it not labeled as such.

Cooking with nearly all vegetable oils is problematic as they don’t tolerate high heat. Healthier options for cooking include pastured, organic butter, virgin coconut oil, ghee (clarified butter) and lard. Olive oil and sesame oil add wonderful flavor and healthy fats to your foods, but they have very low smoke points and should be used unheated in salad dressings or drizzled over meats or vegetables for flavor.

It is never too late to support your neurological health. Remember, even small changes you make each day reap big rewards over time. Seek to change your habits consistently and persistently to support your memory, cognitive function and ultimately your enjoyment of everyday life. Here are several strategies you may use to improve your brain health: 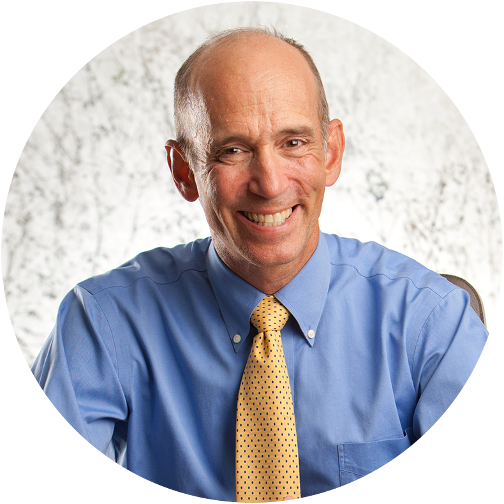