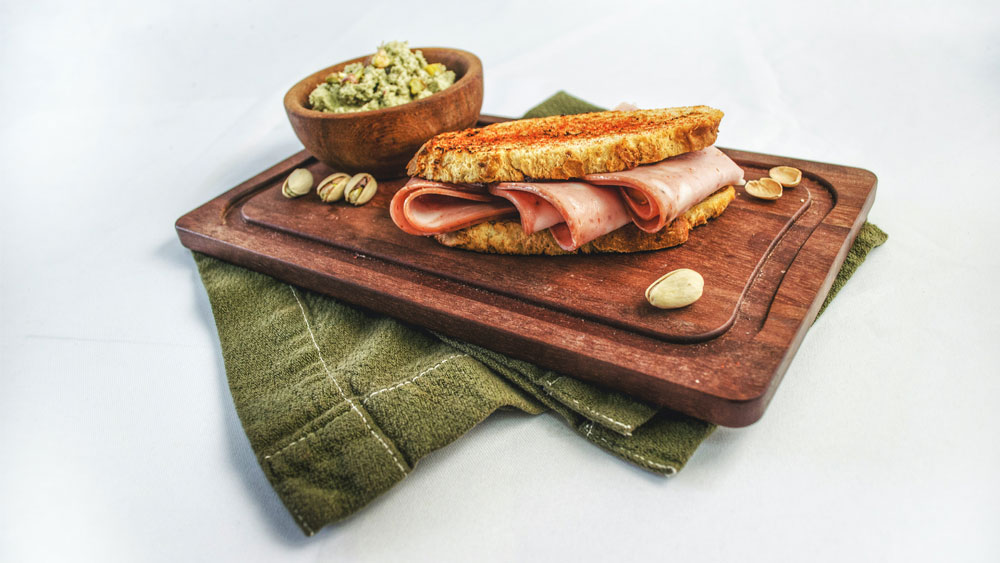 When the smell of fried bologna hits my nose, I am powerless. The marriage of nostalgia and sizzling cured pork turns into something that dashes any hopes of eating healthy — and in the best way — bologna sandwiches are divine.

Like any cuisine staple, people have lots of opinions on bologna sandwiches, and they usually tie back to how their family made them. You’ve got the Wonder Bread-only camp. The ketchup is heresy camp. The chow chow camp.

Regardless of what bologna tribe you come from, I think it’s time we accept as a community that there is no one right way to make a bologna sandwich.

With that caveat out of the way, I’ve collected what I think is a good range of bologna sandwich recipes, so anyone should be able to find one that reminds them of home.

And if you have your own secret family recipe, please drop it in the comments so we can judge yours lovingly.

Read this before choosing a recipe

Before you choose a recipe, there are two things you need to consider: are you going for nostalgia or gourmet, and are you trying to be traditional or experimental.

If you want to play up the nostalgia or classic angle, you should buy the cheapest and most processed versions of everything. That means Oscar Mayer bologna, Wonder Bread, sliced cheese in the little plastic sleeves, mayo (or even miracle whip), and plain yellow mustard.

That will get you the diner coffee equivalent of a bologna sandwich. It will be cheap, it will be delicious, and it will not be good for you, which is precisely the point.

On the other hand, it is possible to make a bologna sandwich so gourmet and good it will blow the peanut butter off your PB&J. That means using ingredients like grass-fed beef bologna, stone ground mustard, fresh bread, in-season tomatoes, homemade mayo, grass-fed, aged cheese, and so on.

The second thing is whether you want to be traditional or experimental with your toppings. To stay traditional, just go with bread, mayo, mustard, bologna, and maybe lettuce or tomato (or whatever your mom used to make). If you’re willing to venture outside of tradition, you can open up a world of possibility, from mixing mustards to adding potato chips, to caramelized onions — whatever. It’s your sandwich!

Here are 10 great bologna recipes, guaranteed to be a hit. And if someone doesn’t like them, please send me their plate instead.

There’s nothing wrong with a pack-and-go classic. This “humble” bologna sandwich from Pastry Chef Online is as American as it gets.

For the classic fried version, try this recipe from Southern Living out. You don’t have to add all the toppings they do, and don’t forget to cut into your slices to prevent them from bowling up.

Cooking bologna Memphis-style means treating it like a pulled pork sandwich. You smoke the bologna with a BBQ rub, drizzle it with BBQ sauce, and top it with coleslaw. And yes, this recipe from Tara Teaspoon is as good as it sounds.

If you’re looking to dive a bit deeper into smoking bologna, meaning smoking a whole chub of bologna instead of individual slices, this recipe from Hey Grill Hey is for you. The scoring makes the chub look really cool, too!

Prepare your tastebuds (and your arteries). This southern-style bologna sandwich from Life’s a Tomato has homemade pimento cheese, mayo, and bologna.

This sandwich from Bake It With Love is close to a Jersey pork roll and the perfect way to start a slow Saturday. Use kaiser rolls or Texas toast for the best results, and don’t skimp on the mayo.

One of the silliest and best things people do with bologna sandwiches is adding potato chips or french fries as a topping. The crunch from the potato chips mixes so well with the cheese and bread, and it is one of my favorite ways to prepare bologna. This recipe from the Kitchen Whisperer does just that!

Dagwood sandwiches are those absurdly tall, layered sandwiches with multiple pieces of bread, and they’re named Dagwood because of the Blondie character Dagwood’s love for tall sandwiches. This Tablespoon recipe is a great party dish to make in advance, and bologna is the star here.

If you’re wanting to go the gourmet bologna sandwich route, try this Mashed recipe that includes ciabatta buns, sharp cheddar, and other toppings. It’s like making a Chick-fil-a deluxe sandwich with bologna.

The Dixie Chik Cooks have done something special with this bologna sandwich, and that’s adding fried onions on top. Combine those with Texas toast and sriracha while cutting the spice and salt with fresh avocado, and you have the recipe for a dang good sandwich.

Here are a few tips on making bologna from people who have made bologna many, many times.

What kind of bologna to buy

For the nostalgia angle, there is really only one brand in my opinion: Oscar Mayer. They built an empire off of bologna, and you only have to choose how thick and spiced your bologna should be. Thin slices are the most traditional, but I personally prefer thick-cut slices.

Once you venture outside of Oscar Mayer, I recommend picking up grass-fed bologna from good meat producers. You skip the health concerns of processed bologna and benefit from the wonderful taste and nutritional benefits of grass-fed meat. You could also experiment with mortadella, the Italian ancestor of sliced bologna, which usually includes pistachios and peppers added to the meat.

No matter how you choose to slice it or cook it, bologna is an American mainstay for good reason. That meaty goodness has the feel of a BLT with the savoriness of a hot dog, which is about as good as it gets. So choose whether you want to go nostalgic or gourmet, pick up some fresh ingredients, and get cooking!

Want to try grass-fed bologna made the right way?

We take pride in being extremely careful with the farmers we work with. Every cow that goes through our shop is fed an exclusive diet of fresh grass — from the time it’s weaned, all the way to the end. Plus, we only work with farmers who prioritize sustainability and use innovative farming techniques that are keeping us and our world healthy. It’s beef the way beef should be.

See what beef bologna made from cows raised on the healthiest grass in the world tastes like.