All Natural Food: From Farm To Table For 20 Years 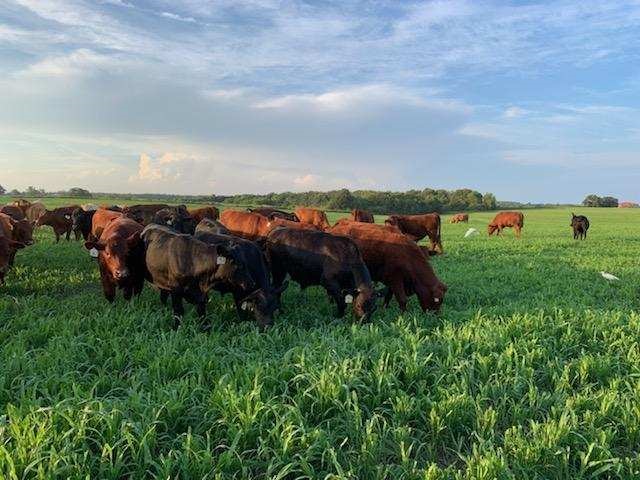 In the mid-1990’s, a group of farm families from Northeast Missouri and Western Illinois decided to go against the grain. No, literally they went against the grain. While most cattle farms had long since turned to corn and grains to fatten up their herds, these families turned to nature and focused on grass-fed, grass-finished beef. Their reasoning; thousands of years of bison and wild life had roamed the prairies and thrived on grasses and built up healthy deep soils. Wouldn’t that be better for nature, people and animals?

What they saw taking place on modern farms caused some concern. Erosion was running rampant, soils were being depleted of important nutrients, runoff was increasing, and animals were unhealthy, which in turn meant the food supply was faltering. Product marketed as “food” was over-processed and manufactured in a lab or factory. The rise of antibiotics, herbicides, pesticides and GMOs was creating all sorts of health issues with animals, people, land, air, and water.

People like Allan Savory, a livestock farmer and ecologist, found themselves on the fringe. He was developing holistic methods of land and animal management and teaching anyone who would listen. Savory was implementing a nature friendly form of resource management that promised to reverse desertification and ecological damage.

Our intrepid Midwest farm families jumped in with both feet. They planted cover crops, let the ground rest and restore, and let nature do it’s thing. When cattle began grazing these grassy pastures, they found the herds were healthier, happier and, while it took longer, the end product was more nutritious and delicious! The result over 20 years has been a thriving herd of cattle, nearly non-existent sickness, thick lush pastures, deep healthy soils with expanding biodiversity. Years later, it’s also been determined that grasslands actually offer another benefit, carbon sequestration. Grasses absorb carbon from the atmosphere and bury it in the soil where it feeds living systems underground. It’s an extremely efficient process that some scientists believe accomplishes even more than forests of trees.

Science and medicine are at new heights in the modern world. And yet, the simplest, least expensive and often-times most effective solutions are passed over for something else entirely. Take nutrition for example. Modern medicine tends to focus on pharmaceuticals to treat a condition and too often dismisses good nutrition altogether. The very foods we put into our bodies can help us heal or slowly make us sick. Factory food companies still sell a lot of food. It’s estimated that processed foods make up nearly two thirds of American grocery purchases. As Americans continue to discover the health benefits of good nutrition, they are making better choices. It takes time to reverse a trend, but US Wellness Meats has continued to grow due to the loyalty of it’s patrons and increasing interest in healthier diets and lifestyles.

Twenty plus years of nurturing the land back to health has provided a means to farm successfully in the year 2020 and beyond. By eliminating the pesticides, herbicides, GMOs, antibiotics, and junk, a more natural approach has taken shape and allowed the soils to become fruitful again. Ultimately, holistic land management and common sense nutrition paves the way for a healthier future.

Twenty Years And More To Come

Our farm families began marketing 100% grass-fed and grass-finished meats in September 2000. Grassland Beef and later US Wellness Meats became the vehicle for offering premium, all-natural foods to families near and far. US Wellness Meats currently ships food to all 50 states and Puerto Rico.

Today, US Wellness Meats offers a wide variety of farm fresh foods including: