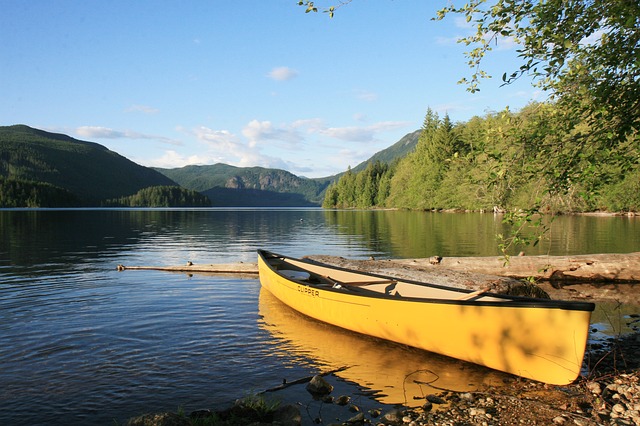 This summer, six men will endeavor to challenge themselves and Mother Nature by canoeing 2,800 miles from Rainy Lake, Minnesota to the Arctic Ocean. The trans-Canada expedition is known as The Source Runs North. The men who have accepted the challenge are: Paul Beach, James Knoll, Axel Lloyd, Bram Lloyd, Quinn Pinaire, and Zach Schiller.

With a route challenging both resolve and skill, framed by our collective tripping philosophy, we will highlight the achievements of past Arctic expeditions and, revive the Kooch-i-Ching tripping culture of attempting longer, tougher and more epic canoe trips.

These six friends grew up attending Kooch-i-Ching Wilderness Camp during their summers. Kooch-i-Ching is an all boys summer camp in International Falls, Minnesota that encourages a love for exploring wilderness and canoeing. As they got older, they became counsellors at the camp and began giving back the knowledge of wilderness and canoeing to the next generation of explorers. Now in their 20’s, each man brings his own experience and skills to the task at hand. This kind of journey requires a team effort as they will navigate across 2,800 miles of Canada wilderness.

The team is hoping to start the expedition from Rainy Lake, MN sometime in May 2019 just as soon as the winter ice melts in the area. They expect the trip to last approximately 120 days or four months. Their plans are to average 23 miles per day. The route will take them north across six Canadian Provinces traveling on rivers, lakes and portages all the way to Kugluktuk at the delta of the Coppermine River. One of the most challenging bodies of water will likely be the massive Lake Winnipeg, Canada’s fifth largest lake. It’s approximately 9,465 square miles and is actually bigger than Lake Ontario, one of the Great Lakes. The journey will also take them across Rainy Lake, Winnipeg River, Sturgeon-Weir River, Churchill River, Athabasca River, Slave River, Great Slave Lake, Snare River, and Coppermine River.

These guys will be traveling through bear country where it’s not uncommon to come across black bears, grizzlies, and polar bears. They will also face rapids on some of the rivers, and the possibility of cold or inclement weather. These are serious challenges each one has prepared himself to encounter.

US Wellness is proud to support these explorers on their canoe adventure to the Arctic Ocean. It’s estimated they will need approximately 5,000 calories of food per day. That’s where we come in. We were contacted by the group after they had perfected a homemade pemmican recipe using our 100% grass-fed beef Tallow and London Broil. We were thrilled to have the opportunity to sponsor such an epic journey. The six young men will be taking in excess of 300 lbs of pemmican along as sustenance to keep up their energy. Pemmican has been a staple food item for explorers for centuries as natives used to make the high fat and protein food for hunting expeditions.

According to The Handbook Of Indians Of Canada, published in 1913, pemmican is:

“A food preparation (also spelled pemican) used in the wilds of the northern parts of North America, and made by cutting the meat of the reindeer into thin slices, drying the latter in the sun or over the smoke of a slow fire, pounding them fine between stones, and incorporating the material with one-third part of melted fat. To this mixture, dried fruit, such as choke or June berries, is sometimes added. The whole is then compressed into skin bags, in which, if kept dry, it may be preserved for four or five years. Sweet pemmican is a superior kind of pemmican in which the fat used is obtained from marrow by boiling broken bones in water.” 1

US Wellness Meats Pemmican is available in bar form or by the bucket. The Regular Beef Pemmican Bar is a combination of grass-fed beef jerky, grass-fed tallow, a touch of honey, dried cherries, and sea salt. It is a tried and true historic Native American recipe.

The Source Runs North team are hoping to provide footage of their journey along with pictures and journal. We’ll pass those along to our readers as they are available. Follow this blog space for updates.

Our very best wishes to Paul, James, Axel, Bram, Quinn, and Zach on a safe and successful trans-Canada adventure.